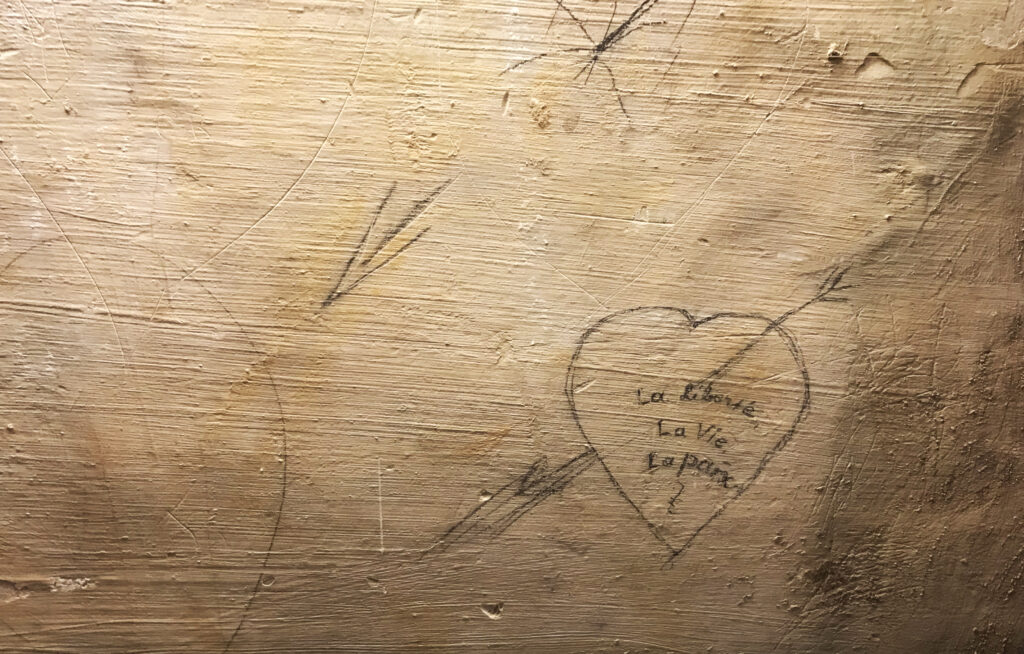 In the summer of 1939, Parisians danced at extravagant balls (one featuring elephants!) and partied at art openings and more intimate soirees; it seemed, according to The New Yorker’s Janet Flanner, that it had “taken the threat of war to make the French loosen up and have a really swell and civilized good time.” Then Germany invaded Poland, and France declared war. Parisians fled, but most returned within weeks. The booksellers of the Seine re-opened their stalls, and by late September Paris was carrying on largely as it had. But in these months of “the phony war” before Germany invaded France the following May, the lives of some ten thousand Jewish refugees in France changed dramatically: they were rounded up as “enemy subjects” and confined in French internment camps.

At the time, France was a country in which Jewish citizens had enjoyed full rights for nearly 150 years. Léon Blum, who was Jewish, had been Prime Minister in 1936 and again in 1938. Many prominent writers, artists, thinkers, and performers sought refuge in France after their opposition to Hitler put them in danger in Eastern Europe. These refugees, who were decidedly and often outspokenly anti-Nazi and anti-fascist, were nonetheless rounded up and confined in camps under French military command on the excuse of national security—internments due in fact to a “mixture of xenophobia, absurdity and administrative disorder.”

That frank assessment comes from Camp des Milles, a memorial museum housed in an old brick and tile factory that the French government requisitioned for use as an internment camp starting in September of 1939. The camp, outside Aix-en-Provence, became known as “the camp of artists” because so many interned there were artists and writers who had settled in nearby towns like Arles and Nice.

Lion Feuchtwanger, at the time one of the world’s most notable novelists, fled Munich for and the charming little fishing village of Sanary-sur-Mer, which had become so popular with German refugee writers that it was dubbed “the capital of German literature.” German artist Max Ernst moved to Paris in the early 1920s, and eventually settled in Saint Martin D’Ardeche. Photographer and artist Hans Bellmer fled Germany for Paris in 1938. Nobel Prize winner Otto Meyerhof, along with other prominent scientists, as well as conductors, composers, architects, opera singers, musicians, playwrights, poets, and actors, were living in France in the fall of 1939. And all were interned at Camp des Milles.

The accommodations were as luxurious as you might imagine a brick factory would offer: men slept on straw scattered over concrete so thick with brick dust that it made the floors uneven to walk on. Dust filled the lungs of those forced to live there, sometimes to the point of coughing up blood. They often suffered from dysentery due to poor nutrition and even poorer sanitation. At one point, three thousand men shared four filthy latrines.

Yet even in this life behind barbed wire, they managed to pursue their art—an effort to fend off the dehumanization of camp life. In a testament to the human spirit, they made what had been underground kilns into studios. They set up a Berlin-style cabaret club in one of the brick ovens and painted a wood beam over the entrance with the name of a famous Berlin literary and political club, “Die Katakomb” (The Catacombs). They wrote and performed plays and symphonies that would have been remarkable in any of the world’s most famous venues. And through a black market established in the camp, men could sometimes access—along with food, alcohol, tobacco, and newspapers—paint and other art supplies.

They created some four hundred works of art, using whatever they could find. Visitors to Camp des Milles today can still see carvings and paintings on the ceiling beams and factory walls. In one extremely moving moment told in the displays at Camp des Milles, Max Ernst picked up a brick and began to chip at it with a pen knife, mesmerizing everyone watching as he formed it into a sculpture.

When it looked as if the invading German army might reach the camp, the French camp commander allowed the men imprisoned there to leave in locked train cars headed for the Spanish border, an escape attempt that became known as “the ghost train.” News reached the train as it neared the border that an arriving train of German soldiers would stop and arrest them before they could cross to freedom. The train turned back, and all but a few of its passengers were returned to camps, only to later learn that the rumored train of German soldiers was, in fact, their own train of refugees.

After France fell to Germany, the Vichy regime ran Camp des Milles as a transit and internment camp from which internees might gain permission to leave France. But the emigration requirements were such that few could gain legal release. And the Gestapo Kundt Commission began searching the camps for political refugees to be sent back to Germany. Escape became more necessary—and extremely dangerous, both for the prisoners and those who helped them escape.

Many who did manage to leave France from the camps did so illegally with the help of efforts like that of the Centre Américain de Secours (the American Rescue Center), an organization established by American Varian Fry. Fry came to Marseille in August of 1940 with a secret list of notable people for whom he could provide American visas if he could get them out of France. These included artists like Picasso and Chagall, writers like Hannah Arendt, Nobel laureates, and other great thinkers. Fry quickly ran through his funding, though, without so much as locating many of those on his list.

Chicago heiress Mary Jayne Gold, who’d chosen to stay in France even as most expats fled, joined Fry’s effort in the early weeks, and provided additional funds. Gold also found and rented a ramshackle old chateau—Villa Air Bel—where she and Fry and others working with them lived together. They even hid refugees and others wanted by the Nazis there until they could smuggle them out of France.

The Marseille harbor was too closely guarded to send refugees out by ship, but in the first weeks of this effort personnel at the Cerbère train station, near the Spanish border, could be persuaded or bribed to look the other way. Soon this escape too became too dangerous, and refugees were left with no way out of France except by foot over the Pyrenees. A first, shorter hiking path soon became too fraught. But two refugees from Germany, Hans and Lisa Fittko, learned of another secret path out—longer and more treacherous, but less watched. The couple remained in France and took great risks with their own lives to help refugees escape over this route, generally disguised as agricultural workers and with only meager provisions.

Fry, Gold, and the others living at Villa Air Bel worked tirelessly and at great personal risk—and with irrepressible spirit similar to the refugees making art under impossible circumstances at Camp des Milles. They played crazy games they made up, with names like “the Murder Game” and “Exquisite Corpse.” They designed an extravagant Surrealist deck of cards which became known as the “Jeu de Marseille.” They managed to get a radio station all the way from Boston, playing jazz music forbidden in Vichy France. And they hosted salons out on the belvedere, where they hung art in the trees. There was little food due to rationing but there was always plenty of wine.

I was drawn to this story that inspired my new novel, The Postmistress of Paris, by the toughness of spirit that drove those interned at Camp des Milles to create art even in the direst circumstances, a story I learned of through an interest in the artist and writer Leonora Carrington and her love affair with Max Ernst. I drew on the real experiences of Ernst, who was interned at Camp des Milles, and others interned there and at other French camps to create my fictional Edouard Moss, through whom I hope readers will experience what being an artist refugee needing to escape France might have been like. A photograph of Danny Benedité (one of the real heroes of this story) hanging a painting by Ernst in one of the plane trees drew me to Villa Air Bel and Fry’s story. That part of this story turns out to be rich with real heroes, many of whom appear in fictionalized form in my novel: Danny and his wife, Theo Bénédite, Miriam Davenport, Justus “Gussie” Rosenberg, Marcel “Maurice” Verseanu, Charles Fawcett and Leon Ball, Lena Fischmann, Bill Freier, and Hiram “Harry” Bingham IV. I chose to tell this part of the story through Nanée, who is, like Edouard and his daughter Luki, fictional, but whose experiences are inspired and informed by real life heroines, including Chicago heiress Mary Jayne Gold and German refugee Lisa Fittko.

As with my novel The Last Train to London, I hope my story does the real people involved in these efforts justice, and that readers of my novel will be drawn to learn more about the real stories that inspired it too.