For this week’s Poetry Tuesday, I have some truly lovely words for you from David Huddle. He’s the author of six books of poetry, most recently Glory River, and he has a seventh, Black Snake at the Family Reunion, coming out in the Fall of 2012. He also has a new novel coming out, Nothing Can Make Me Do This, which will be his tenth volume of fiction. It should be no surprise, then, that he has also published a wonderful collection of essays on the craft of writing, The Writing Habit. His work has appeared in The New Yorker, Esquire, Harper’s, and The Best American Short Stories, and he’s been the recipient of two National Endowment for the Arts fellowships. I know you will enjoy – and be inspired by – his encouraging words about when he became a writer. – Meg

Poetry is so intimidating that I spent years sidling up to it.  I’ll spare you the little ditty I wrote for my mother when I was six or seven, the inscrutable, broken-up sentences I composed spontaneously to impress the fraternity brothers partying in my room, and even my respectable efforts for poetry classes at Columbia’s School of the Arts.  They were sidling-up attempts, and while I was in that phase I managed to publish a couple of poems, though doing so made me feel sneaky and presumptuous.  Poetry was a big rich family at whose dinner table I’d sat down without being invited.  Poetry was a temperamental horse that’d given me an exhilarating ride before bucking me off.  Poetry was a pretty girl who’d let me kiss her on the mouth but kept her lips tightly shut.
The short story was the form to which I was naturally suited.  It made me into an obsessive practitioner of sentence-composition and someone who regularly attempted to make literary art in a demanding form.  So I knew what it felt like to work hard on a piece of writing.  My short stories had shown me what could happen when I was correctly aligned with the thing I was trying to create.  Achievement had much to do with confidence.  And how could I be confident when I wasn’t a member of the family, when the horse didn’t like the way I sat, and when the pretty girl thought of me as just a friend?

In the summer of 1974, after my third year of teaching at the University of Vermont, I had an unusual amount of writing time available to me.  I also had a quiet, spacious study at the back of our house with a view of the woods and a terrific butternut tree.  Most valuable of all, however, was the small disturbance simmering in me from my attempts to teach poetry to undergraduates.  When my nineteen and twenty year old students wrote their poems, they put on literary costumes.  They employed language they’d have never used in conversation, they wrote about subjects they knew very little about, and they made wise-sounding pronouncements better suited to old or long dead poets.
Also that summer, because my wife and I were new homeowners in Essex Center, Vermont, we had a “paper boy,” someone who delivered The Burlington Free Press to our front porch around sun-up each morning.  I was usually making coffee when I heard the soft thunk that meant our paper had arrived.  Cheerful, plump Tony Burbo himself knocked on our door every other Saturday to collect for the paper and to chat with me a moment or two.  The presence of a paper boy in my life brought back an experience I hadn’t, until then, given much thought.  From 1952 through 1955, when I was ten, eleven, and twelve, I’d been The Roanoke Times paper carrier for Ivanhoe, Virginia.  Every day I walked a looping route through the whole town; I came to know the people; I developed a relationship with the landscape and the community.  Twenty years later, at a time in my life when I was perfectly situated to receive them, the first lines of this poem came to me:
Delivering the Times, 1952-1955
80 papers
was all there was
in the whole town,
a 4-mile walk
before school
and 3 dogs
I had to watch out for.
Crow Jim King
broke me in
He showed me
how to blow snot
out of one side
of my nose holding
the other side shut
with my finger.
In 2 years
I saved $90,
sent off to a Roanoke
pawn shop
for that gold-plated
trumpet Daddy
had to teach me how
to play.  And even
though Sunday
was a heavy load,
I walked that route
every day until
I had to start
catching the bus
to the consolidated
high school.
This was the first of what turned out to be twenty-nine poems in Paper Boy, my first poetry collection published in 1979

by the University of Pittsburg Press.  Even though it took a few years to find a publisher for that book, most of the pieces in it were written in June and July of 1974.  “Delivering the Times” was a breakthrough piece of writing for me, one that I registered viscerally as I worked on it.  It felt both strange and right.  The language was crude and plain–as was the language of so many of my Ivanhoe customers.  The narrative mode was almost naively forthright–in the manner that Ivanhoe people used to tell their stories.  In its voice, its material, and its method, “Delivering the Times” was a poem that only I could have written.  And it was a rebellion against everything that had intimidated me about poetry–pretty words, prissy decorum, brainy and anemic subject matter, a humorless and self-serious tone.  Of course I’d collected a plethora of profoundly incorrect ideas about poetry, but I realized how silly they were only after I took possession of the poems that had rightfully been mine all along.
For a week or two, I wrote companion pieces to “Delivering the Times,” one after another, without really believing that what I was producing would be respected by people who knew about poetry.  But then I composed one that seemed to me obviously to belong in the sequence I was writing and also undeniably a poem–probably because of its high content of silence and the songlike way it sounded when I read it aloud:
Mrs. Green
At the screen door
a pretty woman just
married and in shorts
on a Saturday in May,
she was sweet to me
when I came up to collect,
offered me something cold
to drink,
which I refused
for the sake of dreaming
the whole summer I was
twelve about what it
would be like some
morning to walk
softly into
that lady’s
kitchen.
In the years since I wrote “Mrs. Green” and the other poems in Paper Boy, I’ve written six more books of poetry, the seventh one, Black Snake at the Family Reunion, to be published by LSU Press in the fall of 2012.  Over a span of more than forty years, The New Yorker must have rejected at least 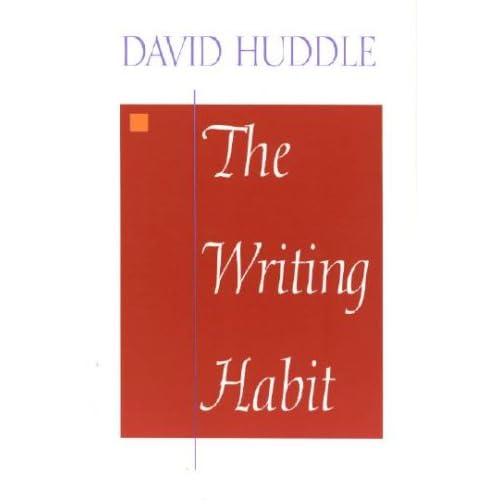 a couple hundred of my poems, but they finally published one last year, and they’ve just accepted a second.  For the world beyond the poetry community, and for much of the community itself, that’s the credential that matters most.  I confess that I’ve enjoyed the way I’ve been treated since “Roanoke Pastorale” appeared in the May 31, 2010, issue of The New Yorker; respect now comes my way that never came before.  But the truth is that when I wrote “Mrs. Green” in June 1974–when I finished typing the last draft of it and rolled the page up out of the typewriter, read it aloud in my empty study, then read it again because I liked the way it sounded–that was exactly when I became a poet.  I couldn’t have put it into words then, but I certainly felt it, and thirty-seven years later I’ve come to understand what happened:  I’d written my own license. – David